She hadn’t gotten very far on the front, when she noticed a hole. She had inadvertently picked up and added a stitch. Since she wasn’t that far along, she decided to rip it back.

Cornelia is knitting a customfit Vest in SweetGeorgia Yarns Superwash Worsted (Aran: 100% Merino, 200 yards). She has taken to matching her clothing to her projects. 😉

Mallory needed a refresher on mattress stitch to sew her latest Christmas Stocking.

She also brought two incredible garments her mother knit. They were really special. There is even embroidery on the dress.

These garments made me think of two ski sweaters I have that my mother knit and steeked when she was twenty-something. I’ll have to bring them in for show & tell.

Eleanor is knitting a Roo Fire Truck Roll Neck sweater with a (green) fire engine for her grandson because his dad is a Volunteer Fireman and rides in a green firetruck. How sweet is that?!

Calann had a lot of projects to review. First off, she has finished knitting a wedding garter from the Set of Wedding Accessories to Knit Pattern and has all the accoutrements for finishing it. She is graciously going to share what’s left with me. That’s incentive enough to cast on for the one I have to knit. This is the same garter Mary knit for her (four) daughters-in-law.

Lastly there was some forensic detective work involved on a Rowan Sweater she started years ago.  We were able to determine where she left off. Now she can revisit it!

Cindy is running on yarn fumes while she knits the border of her Elephants on Parade blanket. She was off in her border stitch. She thought she was supposed to be knitting Moss when really she had knit Seed all along. We got it sorted out.

Random Remarks, Books, and apps (and not necessarily in that order).
FlightAware app: From the web, “Free, live flight tracker and flight status from FlightAware for apple & android! This app allows you to track the real-time flight status and tracking map of any commercial flight worldwide.
Books
Jackie, Janet, Leigh by Randy Taberelli
Women in the Castle
The Alice Network
Last Christmas in Paris
Random remarks
Below the salt: “At that time the nobility sat at the ‘high table’ and their commoner servants at lower trestle tables. Salt was placed in the centre of the high table and only those of rank had access to it. Those less favoured on the lower tables were below (or beneath) the salt.” From The Phrase Finder.
The expression was used in class to refer to those people who were not (temporarily) included in what ever was being passed around the table.
My Uterus is not a tracking device: At first I thought Calann coined this one herself. She uses it in a sentence very well. Upon googling it, it can be traced (in at least one instance) to the book, Hot Flashes and Southern Sasses: Humorous Little Stories with a Southern Drawl By Kathleen Harper. Maybe we should add that to our book list. 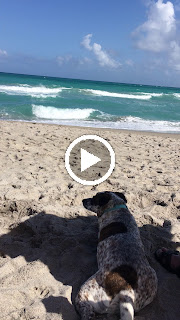